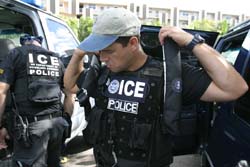 The Uniform Crime Reporting (UCR) Program was conceived in 1929 by the International Association of Chiefs of Police to meet the need for reliable, uniform crime statistics for the nation. In 1930, the FBI was tasked with collecting, publishing, and archiving those statistics. Reports are produced from data provided by nearly 17,000 law enforcement agencies across the United States. Each years data is released in June/July of the following year.

Each year when Crime in the United States is published, some entities use reported figures to compile rankings of cities and counties. These rough rankings provide no insight into the numerous variables that mold crime in a particular town, city, county, state, or region. Consequently, they lead to simplistic and/or incomplete analyses that often create misleading perceptions adversely affecting communities and their residents. Valid assessments are possible only with careful study and analysis of the range of unique conditions affecting each local law enforcement jurisdiction. The data user is, therefore, cautioned against comparing statistical data of individual reporting units from cities, metropolitan areas, states, or colleges or universities solely on the basis of their population coverage or student enrollment.