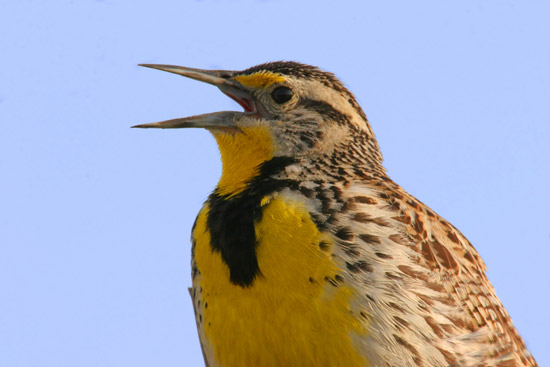 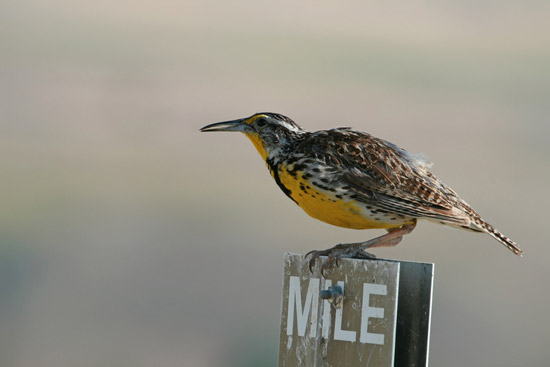 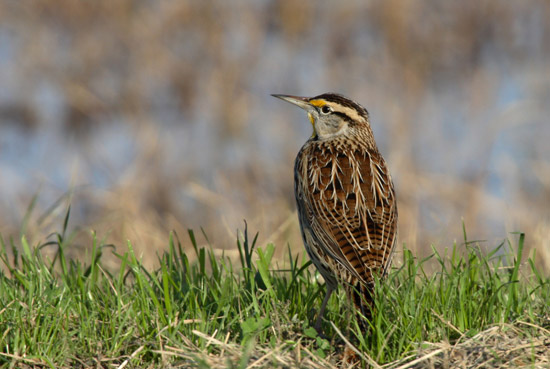 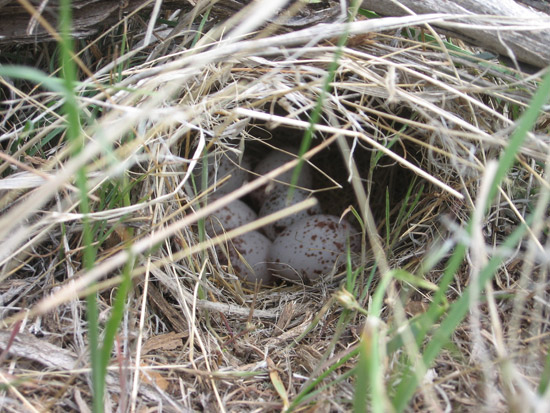 The western meadowlark is a symbol of the American Great Plains and the West. Known and loved for its beautiful and complex song, it was formally designated the official state bird of Oregon and Wyoming in 1927, Nebraska in 1929, Montana in 1931, Kansas in 1937, and North Dakota in 1947. It is speckled brown, black, and white above, with a black "V" on its bright yellow chest. The meadowlark's colors get a little duller in winter. It has a long pointed bill that is uses to capture insects. Its diet is mostly grasshoppers and caterpillars, although it will sometimes eat seeds and berries. The western meadowlark's song is a flute-like warbling or gurgling that goes down the musical scale and can be quite complex and abrupt. Males may have up to three mates in their territory that will nest on the ground in a domed nest of dried grasses with a side entrance. They may have two clutches per year.

Meadowlarks forage on the ground in open fields and meadows, using their bills to probe beneath the soil for food. In winter, meadowlarks often feed in flocks.

Range: As far north as southern Canada and south into Mexico. Common in the central and western United States.
Migration: Summers in the western half of the US and upper Midwest. Northern populations migrate south in the fall.
Conservation Status: Least concern (LC), but declining throughout its range.