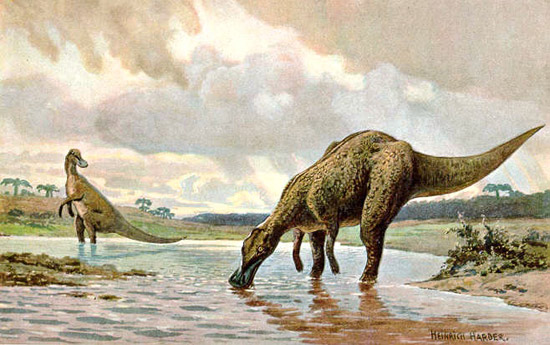 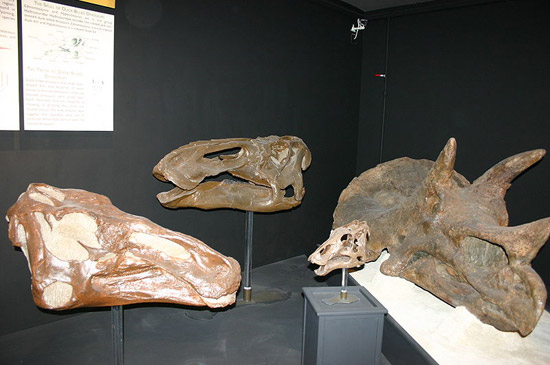 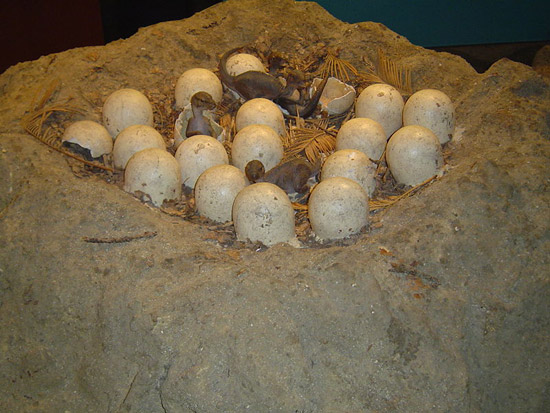 Maiasaura peeblesorum is a duck-billed dinosaur that lived approximately 75 to 80 million years ago in the late Cretaceous period. The area that Maiasaura peeblesorum inhabited is now the state of Montana. At this time, the Rocky Mountains were just beginning to form. At least six other dinosaurs were thought to live in this same area, bordered to the west by the Western Interior Seaway, a vast inland river that cut off the far western portion of Cretaceous North America. Maiasaura peeblesorum is important to paleontology because its discovery provided the scientific community with new information about the social habits of dinosaurs. This was the first dinosaur known to have lived in nesting communities with its young.

This dinosaur inhabited the coastal lowlands of present-day Montana. Because of Maiasaura peeblesorum’s importance to paleontology, a group of middle school students and rock collectors from Montana proposed adoption of this dinosaur as the state fossil. On February 22, 1985, a bill was passed unanimously, designating Maiasaura peeblesorum as Montana’s official state fossil.

The word Maiasaura comes from the Greek words μαία (maya) and σαύρα (savra), meaning "midwife lizard." Paleontologist Bob Makela and Museum of the Rockies Curator of Paleontology Jack Horner named this dinosaur after recognizing it as a new species.

Maiasaura peeblesorum was a hadrosaur, which means it had a duckbill and a thick nose. It also had a large, heavy, muscular tail. This dinosaur was both bipedal and quadrupedal, and it lived in large herds of possibly thousands of individuals. Discoveries of many adult skeletons with juveniles and eggs suggest that this dinosaur raised its young in nurseries similar to some modern birds. This behavior is what led to the dinosaur’s name.

Living at the end of the Cretaceous period, Maiasaura peeblesorum was one of the last dinosaurs to evolve before the mass plant and animal extinction that took place 65 million years ago. This extinction marked the end of the Cretaceous period and the beginning of the Tertiary period, as well as the transition from the Mesozoic era to the Cenozoic era. It is not known exactly what caused this extinction, but global climate or sea level changes, one or more asteroids, increased volcanic activity, or a combination of these factors are theories.

In 1978, Montana rock shop owner Marion Brandvold found a group of fossilized bones and eggshells that were later identified as belonging to a new dinosaur species. The Two Medicine Formation, near Bynum in western Montana, has since become the site of the largest cache of dinosaur baby skeletons, eggs, and embryos ever found in the western hemisphere. This discovery has taught paleontologists much about dinosaur ecology and behavior. Popularly known as Egg Mountain, this area has also yielded one of the largest collections of adult dinosaur skeletons.