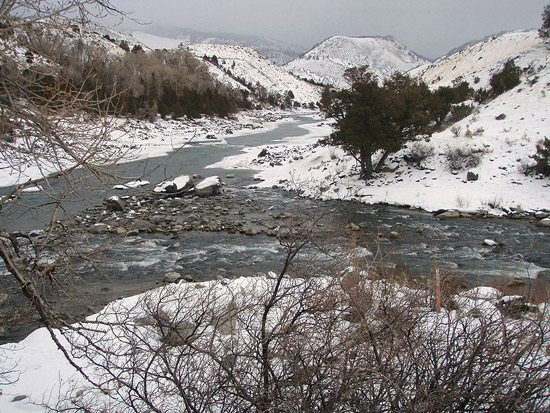 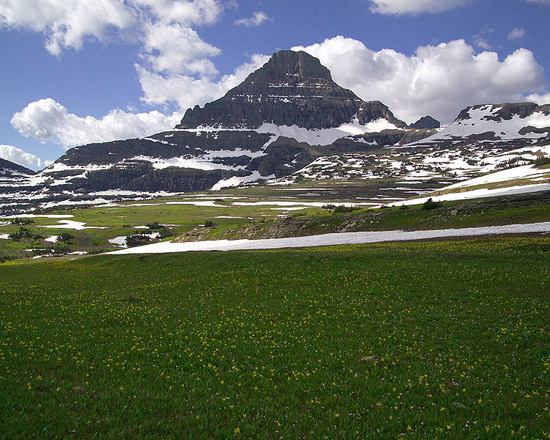 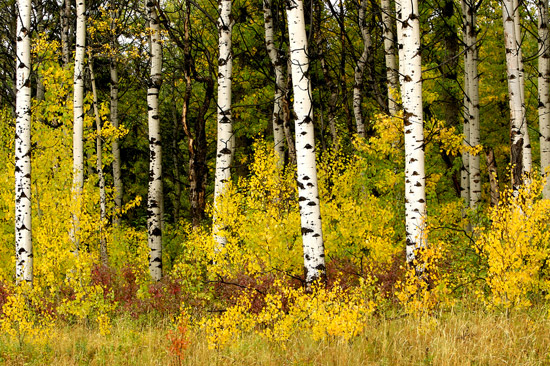 Overcast Day at the Little Bighorn Memorial in Eastern Montana

Lightning Strike on the Plains of Montana

Stretching 600 miles (960 km) east to west with geographical features that range from mountains and valleys to high plains and badlands, Montana has several climates. West of the Continental Divide, its mountains lie within the furthest eastern reach of the moist Pacific maritime climatic zone. This area experiences more cloudy days and higher rainfall than the more arid areas to the east.

East of the Continental Divide, the mountains receive less rainfall than their western faces and are colder in winter. Their highest reaches are in a montane climatic zone, but their valleys and lowlands are in a semiarid continental climate that is marked by short, warm summers and cold, lingering winters with heavy snowfalls on the plains. This climatic zone extends across the state to the Dakotas.

However, the extremely mountainous nature and complex topography of Montana’s western third creates many microclimates, where wet highlands may be juxtaposed with dry lowlands, and precipitation figures, as well as temperatures, can differ dramatically over short distances.

Generally speaking, Montana is a cool state, one in which snowfall can occur in any month of the year, although it is rare in July and August. Although most places in the state can reach 90°F (32°C) or higher a few times each summer, the average daytime temperature range statewide in July is a temperate 64 to 88°F (17 to 31°C). In January, the coldest month of the year, the average daytime high statewide is 28°F (-2°C). In either case, warm or cold, the state’s low humidity is a major factor in keeping its weather from becoming uncomfortable.

Winters are cold, with below-freezing temperatures. While the average daytime high temperature averages 28°F (-2°C), the daytime low plummets to 8.1°F (-13.3°C). Snows can begin as early as September, but generally begin falling in significant amounts in November. Snow accumulation in the mountains can reach 300 inches (7,620 mm/25 feet) or more. Winter-like temperatures can extend well into April, and there can even be heavy snowstorms in May, only weeks before the official start of summer. Chinook winds can warm areas to the east of the mountains to as high as 50 to 60°F (10 to 15.6°C).

Springs are cool, with daytime highs building from around 40°F (4.44°C) in March to 60°F (15.6°C) by May. Average lows, though, are 20°F (-6.67°C) in March, climbing to around 32°F (0°C) by May. Rainfall begins to pick up from its winter low but does not match summer precipitation. March marks the end of most snow seasons, although storms can arrive as late as May.

Autumn marks the beginning of the snow season, which sometimes starts as early as September, but more often in November. Bright fall foliage is common among aspen groves in the mountains and in cottonwoods along riparian streams.

With an annual statewide average rainfall of 15.37 inches (390 mm), Montana is the 45th wettest state in the U.S. However, rainfall varies widely according to elevation and location. The driest location in the state, Belfry, in Montana’s arid south-central high plains region just north of the Wyoming border, receives 6.85 inches (174 mm) of rain per year, a desert-like quantity. The wettest location, Glacier National Park’s Grinnell Glacier in the state’s northwest, receives 105 inches (2,667 mm) per year, thanks to its location in the wet maritime climatic zone that extends 400 miles (640 km) inland from Washington State to the western flank of Montana’s Rocky Mountains.

Overall, Montana has very low humidity, a condition that makes both its hot and cold weather more comfortable. Great Falls and Helena, which are well east of the Continental Divide, are very dry, with average relative humidity readings very close to those of Salt Lake City, Utah, a desert city. Kalispell and Missoula, located closer to the moist Pacific air masses that come from the west, have a higher average humidity that is comparable to Charlotte, North Carolina, 1,900 miles (3,040 km) to the east.

Despite Montana’s aridity, its biggest cities, clumped at the wetter western end of the state, do not enjoy as much sunshine as other western cities located in dry climates. Great Falls receives 61 percent of all available sunlight per year, a figure matched by the Dallas-Fort Worth area and Jackson, Mississippi. Billings receives 60 percent of all available sunlight, equal to Atlanta and Omaha. Helena, at 59 percent, receives the same percentage of sunlight as Houston, and Missoula’s 55 percent figure matches that of Indianapolis.

Montana ranks 43rd in the number of Major Disaster Declarations FEMA (Federal Emergency Management Agency) has issued for the 59 U.S. states, territories, and possessions. Since 1953, the state’s 18 major disasters have included nine severe storms and 12 episodes of floods or flooding. There have also been winter storm, snowmelt, and wildfire disasters.

One extreme type of weather that many Montana residents welcome is the Chinook, a fast winter wind (50 mph/80 kph or more) caused by warm air flow from the southwest. Chinooks can raise temperatures to as high as 50°F (28°C) or even 60°F (33°C) in a season when the average daytime temperature is below freezing (32°F/0°C). The winds’ temperature-raising effects are especially felt in areas just east of the mountains.

Tornadoes are rare in Montana. Historically, an isolated section at the state’s geographic center and the stretch along Montana’s border with the Dakotas have experienced a few tornadoes registering F3 or higher on the Fujita Scale (F0 to F6, with F6 being the most damaging). Both areas are lightly populated and the state has never suffered significant damage from the storms.