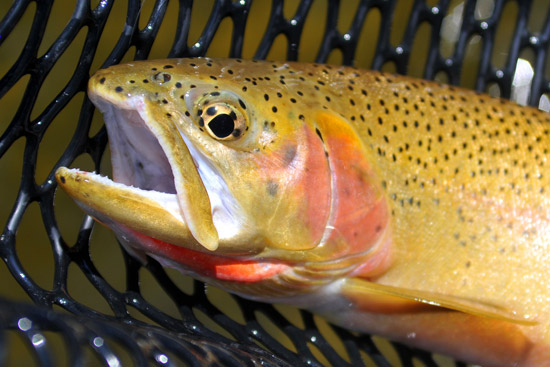 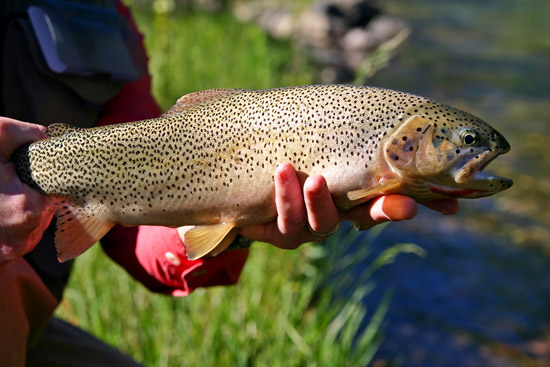 Trophy Cutthroat Trout About to Be Released 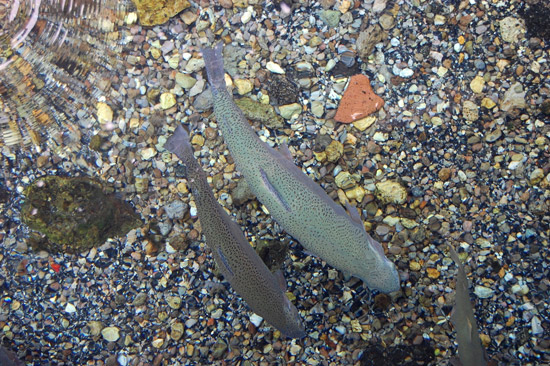 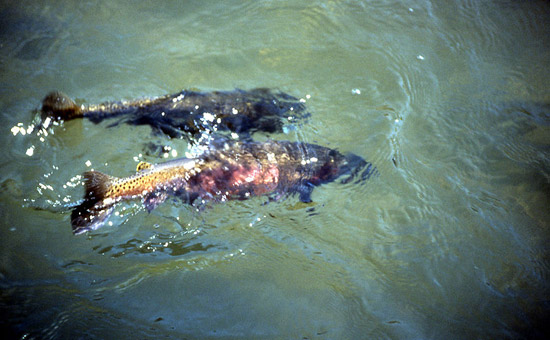 The cutthroat trout is a strikingly beautiful member of the salmon family that is native to, and practically synonymous with, the high country of the American West. These trout are one of the most highly prized fish species of the majority of American fly fisherman, and their meat is considered a culinary delicacy.

The cutthroat species has evolved via geographic isolation into many subspecies, each native to a different drainage basin. Each type of cutthroat trout varies in terms of size, color, and habitat. Body color ranges from olive green to silver-gray on the back with sides anywhere from yellowish brown to red or pink. Black spots, red spots, blue spots, and irregular oval "parr marks" mark the cutthroat’s flanks in a variety of patterns.

Range: western North America
Water type: Freshwater; Some populations are born in freshwater rivers but live in the Pacific Ocean as adults and return to fresh water to spawn. Most cutthroats live in freshwater their entire lives.
Water temp: 55–62°F (13–17°C)
Elevation: Up to heights of 10,000 ft (3,000 m) and depths of 165 ft (50m) in freshwater, 656 ft (200 m) in saltwater
Conservation Status: Threatened

Fertilization: External
Spawning frequency: Fall to Spring
Mating behavior: Distinct Pairing
Egg laying: The female brushes aside gravel to make a depression (or "redd") in the pool of a small stream. Males nudge the female to spur the dispersal of the eggs and then release their milt over the eggs to fertilize them. Eggs hatch in the spring. Adults do not guard the nest.