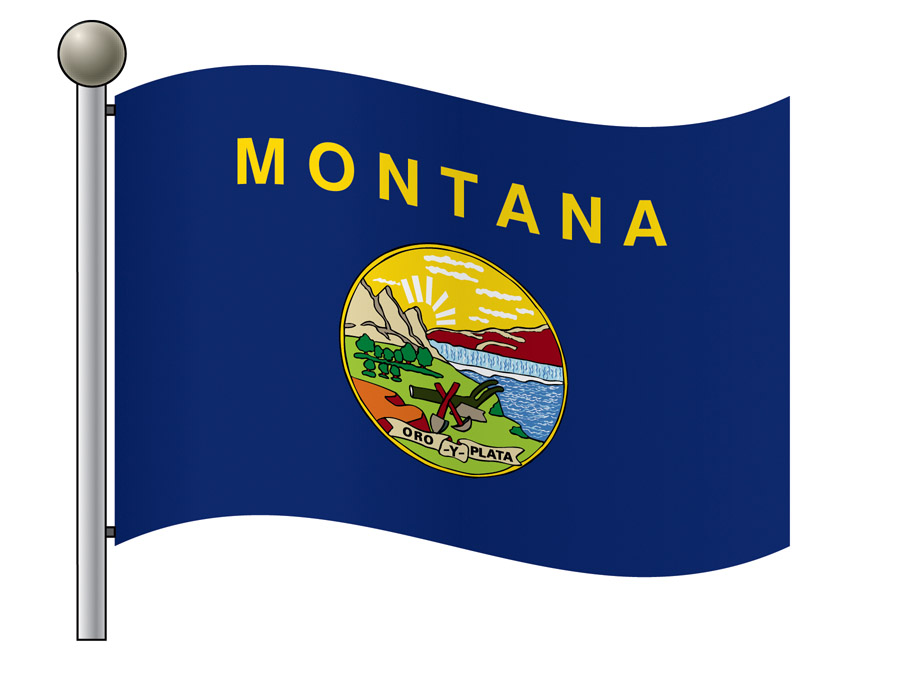 Date of Admission to United States

The United States acquired much of what is present-day Montana during the Louisiana Purchase of 1803. Cattle and sheep ranching were major industries that began in the mid-1850s, grew to prominence in the 1860s and were a major reason for land claims that rivaled only one other industry: mining. Rich in mineral resources, the area attracted many prospectors during the early 1860s. Gold Rush fever led to population explosions and frenetic growth around mining towns.

On May 26, 1864, the Montana Territory was formed. Montana retained its territorial status until 1889. One major reason for the delay of statehood was a continuing struggle among the various Indian nations, white settlers from the east, and the U.S. military. Even with the continuing conflict, the lure of gold and available ranch land attracted more settlers and miners, and by 1890 the areas population had grown to 143,000. In 1884, when it appeared that the population growth would continue, the territorial government requested statehood. Finally on November 8, 1889, Montana became the 41st state.

Montana’s state motto, in Spanish, refers to the rich deposits of gold and silver found in the mountains of the state.

Two of the most well-known nicknames for Montana are "The Treasure State," which is attributed to the state's rich mineral resources, and "Big Sky Country," which was popularized by the Montana State Highway Department in the 1960s and appears on the Montana state quarter.